Getting Closer To Realism In Training CroMagnon Targets are modular polymer facsimiles of real humans, solid and 3-dimensional. They can absorb thousands of rounds of non-expanding bullets or buckshot. High wear items (i.e. heads) may be replaced separately. Available in green and yellow, they are meant to represent generic human male and female targets for use as either foe, hostage, or bystander. A variety of t-shirts are offered along with them, and of course the targets can be dressed in any old clothes or rags, including camouflage to make them more difficult to spot.

The realistic nature of the faces helps condition defenders who may be unused to firing at anything other than stylized paper or featureless steel. Since the polymer doesn't cause ricochets, firing may be done safely even at contact distance. Currently, the targets are moved around on a two-wheel cart with a trail, but an armored motorized remote controlled base is in the final development stages. Once animated, these targets add considerably to realism. Without it, hits on target are not obvious, the "opponent" might not fall after one or two hits, and it moves unpredictably. Various personas and scenarios are possible, and shoot/no shoot markers in the form of cell phones, guns, knives and other objects may be attached. While they're not inexpensive, these targets are extremely durable and should be long-lasting. Unlike steel, they may be safely shot up close without requiring frangible bullets. Unlike paper, they are three-dimensional and give a better understanding of how targeting of vitals works. We "know" from movies that shotgun blasts knock targets off their feet and make them fly back three to five yards. Physics class memories argue that it's unlikely. Taking a 120-pound 3D polymer target and whacking it with several swarms of buckshot makes liars of Hollywood special effects teams. We tried the same shots with rifles and found even less movement of the target. The back of the 3D mannequin looked pockmarked, but it didn't even think of falling over. It appears that the movies may have exaggerated the amount of push imparted by small arms projectiles.

"Bringing Realism to the Range" with CroMagnon Targets

Source article: All Out Door 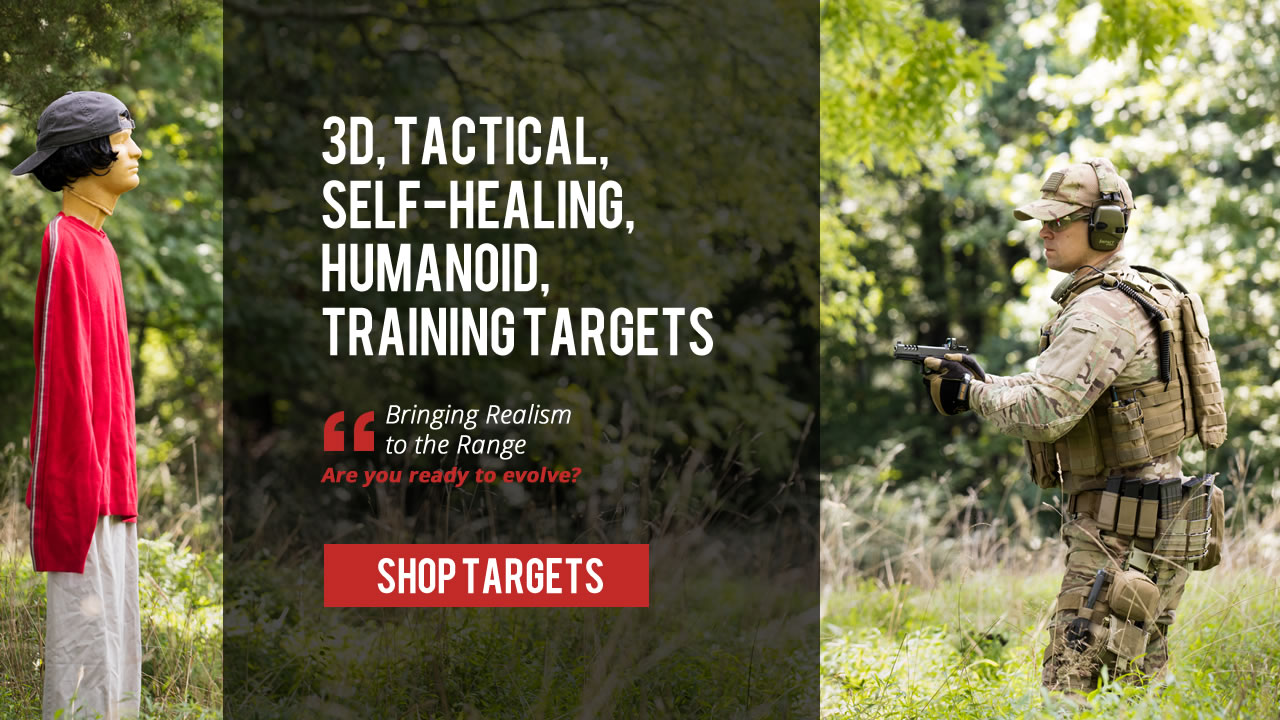 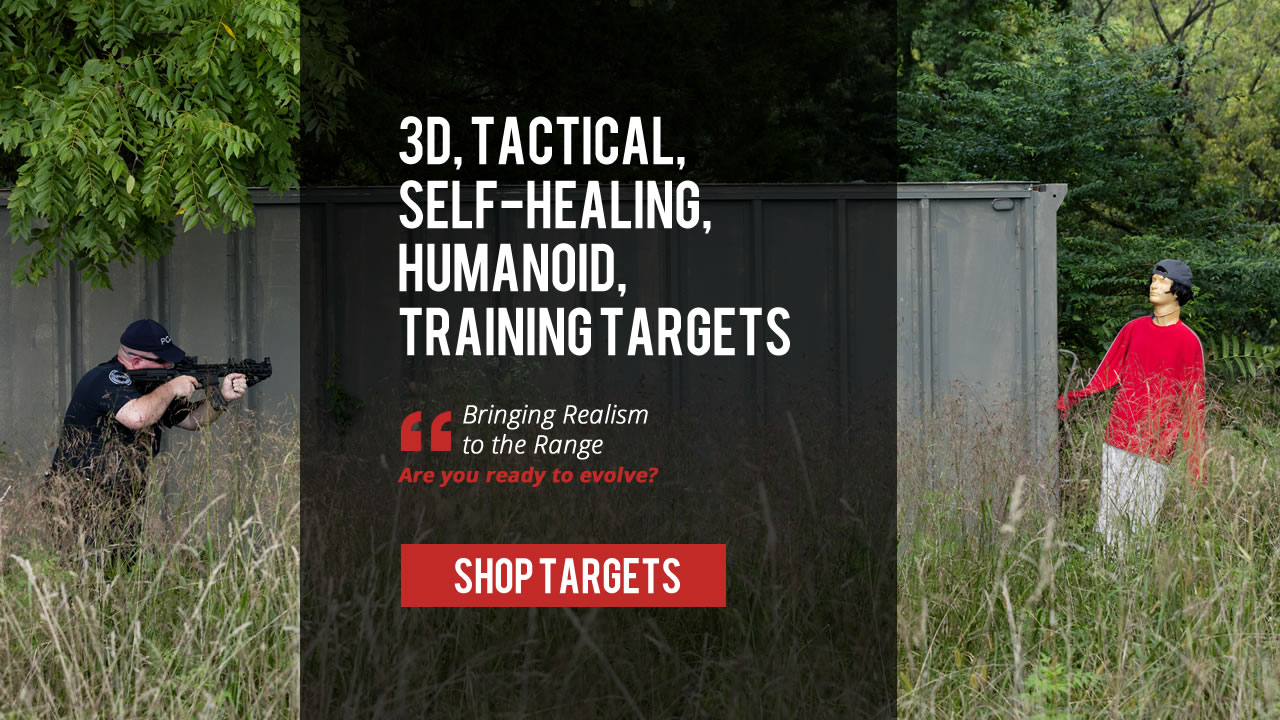 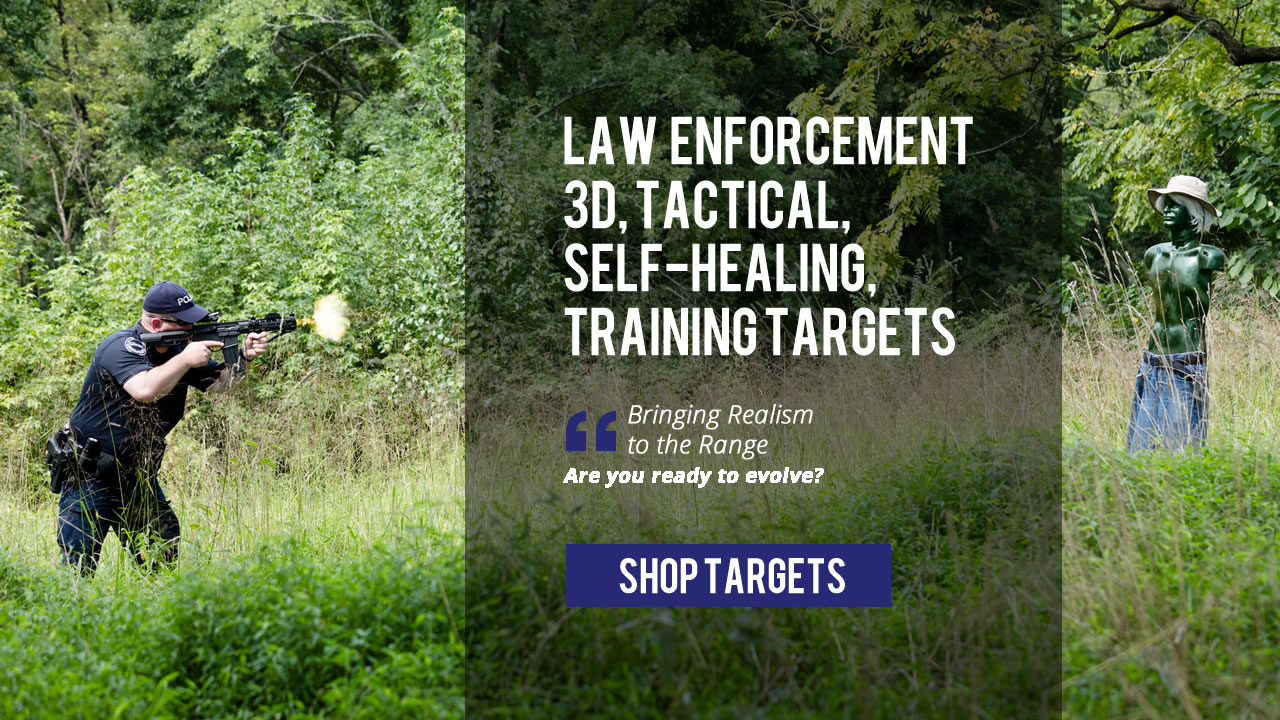 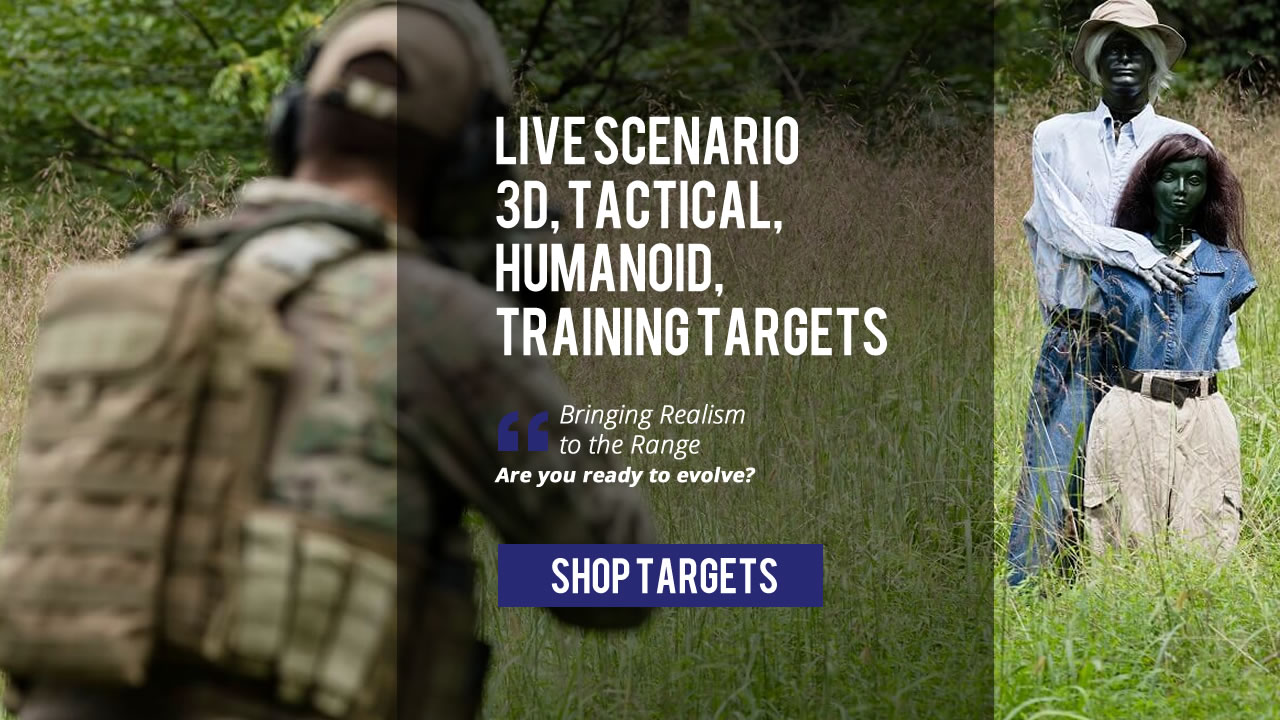