When I started CroMagnon Targets in 2015 I had been instructing firearms training for about 7 to 8 years. What I found was that people got plenty of bullseye experience shooting from inside the box (booth) indoor or from the firing line on outside ranges. Shooting from a still position at a still target. At most ranges indoor and outdoor shooters are limited on the type of shooting they can perform with many ranges prohibiting practicing drawing and reloading drills. Realistically shooting is a three-dimensional experience not one or two dimensional especially when training for personal defense. Sharpshooters practice for tight groupings on a still target, three gunners practice while moving but are still shooting at stationary targets. Having worked in law enforcement and served in the military I have found that training as close to the real thing as possible is paramount. This mobile target is for those that want to take their skills to the next level and outside the box for their students and personnel. 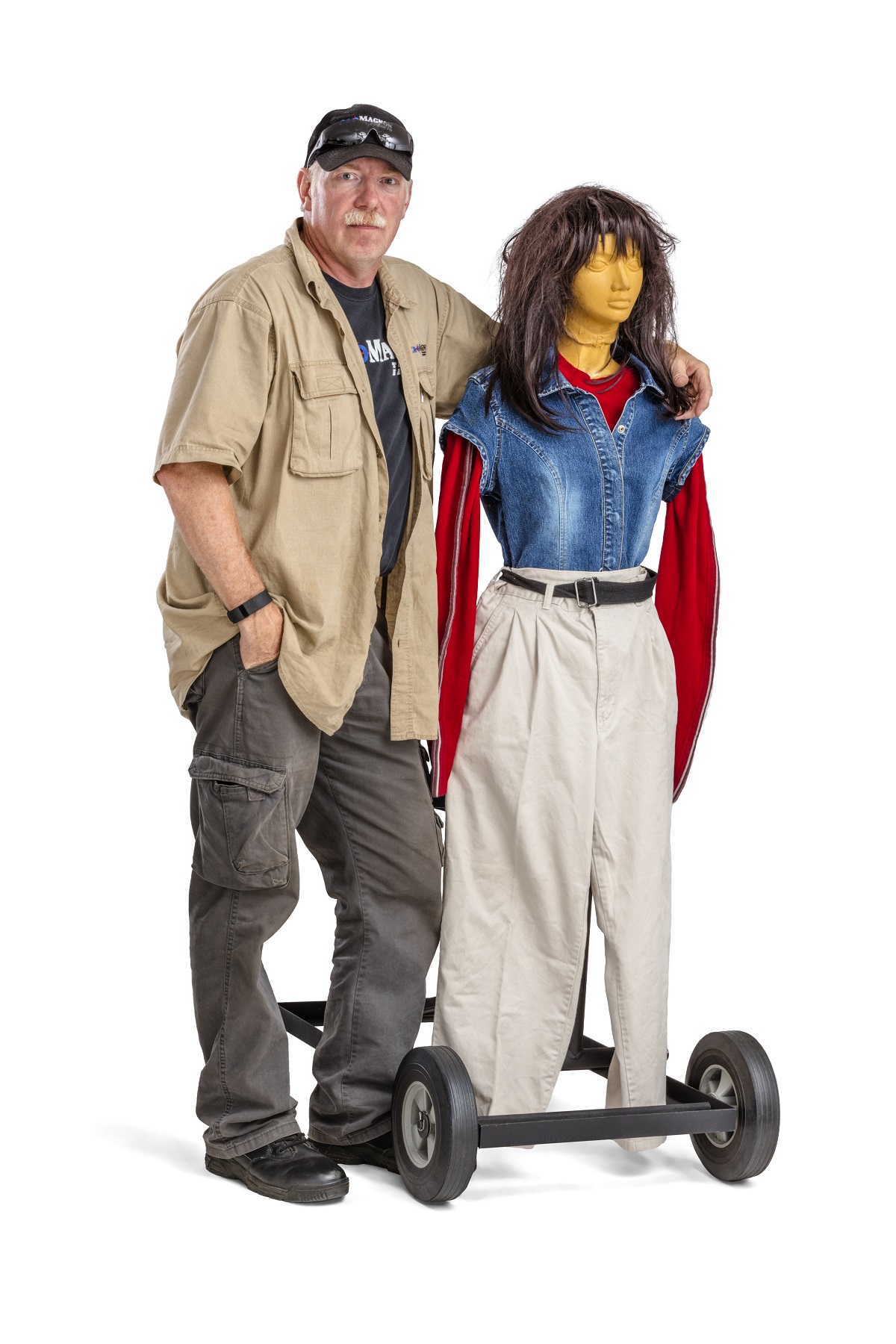 When I developed the first CroMagnon target it was 3D and when dressed it was intimidating to many of my students, they had never shot at something that looked like them. Pointing a gun at paper is one thing but pointing a gun at something that looks human is another. When a person points a firearm at another living thing it causes pause (or should). Even most hunters will say that they often pause for a moment before pulling the trigger. After developing the first CroMagnon targets we were still shooting at a stationary target, sure the student could move around but the target remained just that, a still target.

After a bunch of research and YouTube videos I started working in my garage on the next level. A moving enter-active platform. While developing I imagined what I would want based on my experience as an instructor, law enforcement officer, and member of the military.

One of the most prevalent things about personal defense is proximity, most encounters happen at close range so the platform would have to be able to be used up close and personal. Bad guys don't always attack straight on or stay facing forward while posing a threat and they definitely do not stand still nor do they start their attacks from a distance. After developing a basic design, I incorporated the assistance an engineering department at a university in Alabama to fine tune the details such as target rotation and shot recognition. What we developed is a four wheel independent drive base with a continuous rotating target that has a light sensor that illuminates bright red each time the target is struck. The target is made from a lightweight yet dense material that can withstand numerous hits from various calibers of firearms. The CroMagnon aim and mission is to

“Bring Realism to the Range".